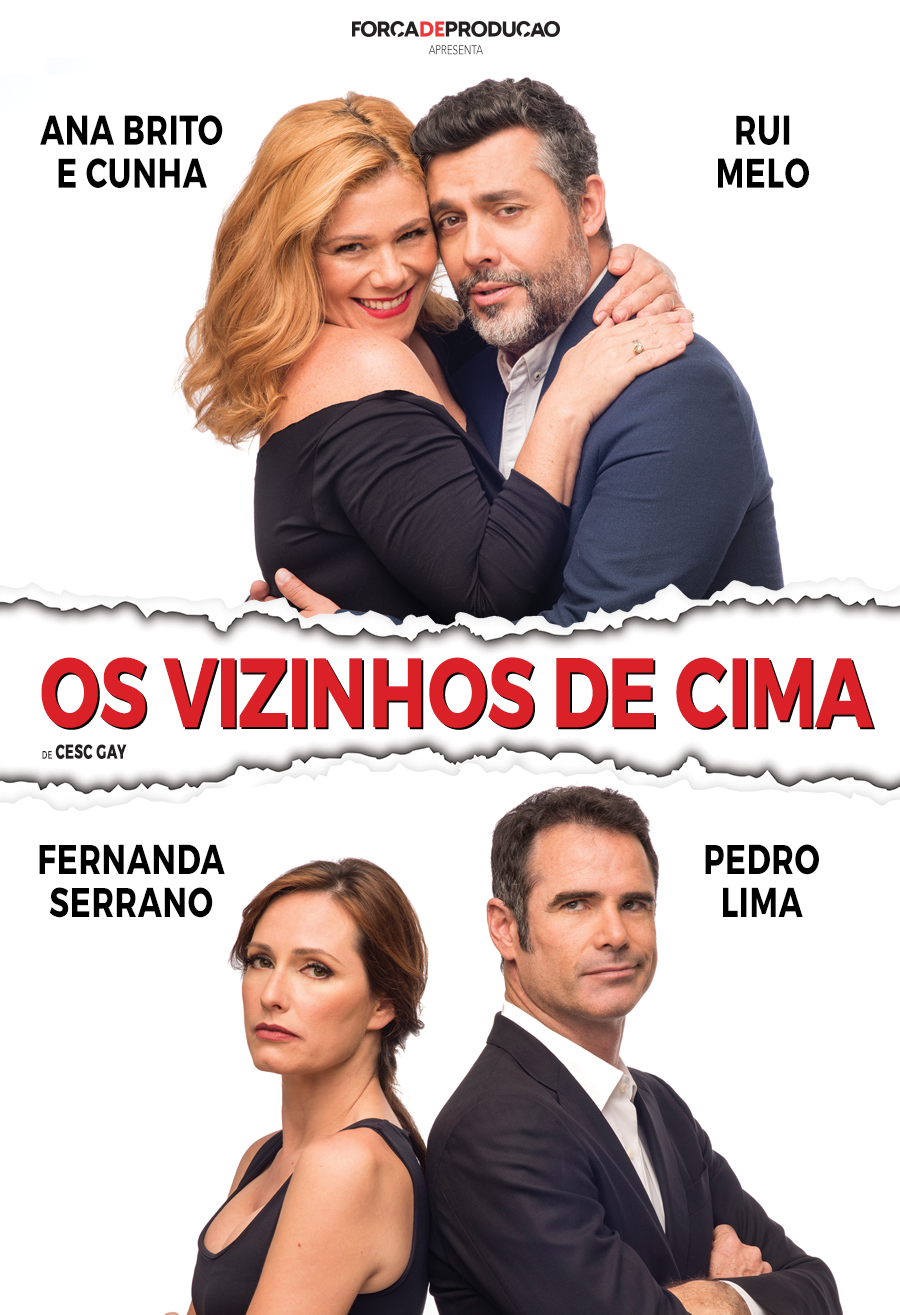 THE NEIGHBORS UPSTAIRS is a comedy that reflects on married life and sexuality through two couples living in the same building. A fresh and agile text in which Cesc Gay approaches with irony and humor subjects such as coexistence, courage, sex, love, and appearances. A couple invites their neighbors upstairs to dine at their house. As the night progresses the couple becomes aware of the sexual madness of their neighbors, which leads them to rethink their own relationship – replete with repression and immersed in monotony. The confrontation with the lives of the neighbors above will take them to the limit and make them make some decisions with regard to their relationship. Ana Brito and Cunha, Fernanda Serrano, Pedro Lima and Rui Melo give body to the intense characters of a show that will make you think – and laugh! – about what goes on between four walls.

THE NEIGHBORS UPSTAIRS marks the premiere at the theater of filmmaker Cesc Gay. First debuted in Barcelona, it quickly became the great success of the season, exhausting all the presentations and breaking records of spectators. He arrived later to Madrid, where he registered an immediate success with the critics and the public.

“Undoubtedly, one of the greatest and most ambitious adventures we can experience is living as a couple. A great challenge, full of adversities and obstacles in which the struggle takes place daily, the trenches are endless and the comfort to the wounds and scratches suffered is often scarce and unhealthy, yet inexplicably men and women continue to try and for this reason I am convinced that it is only with irony and sense of humor that it is possible to write about this tragedy that has haunted us since the beginning of time and which we can not And a couple of years ago a couple moved to the floor above mine – where I live. We almost immediately began to hear strange noises, at any moment or time of day, always accompanied by a great variety of moans. Certainly for me, this was an inspiration, and unconsciously, eventually gave rise to what would be my first play for theater. “Cesc Gay