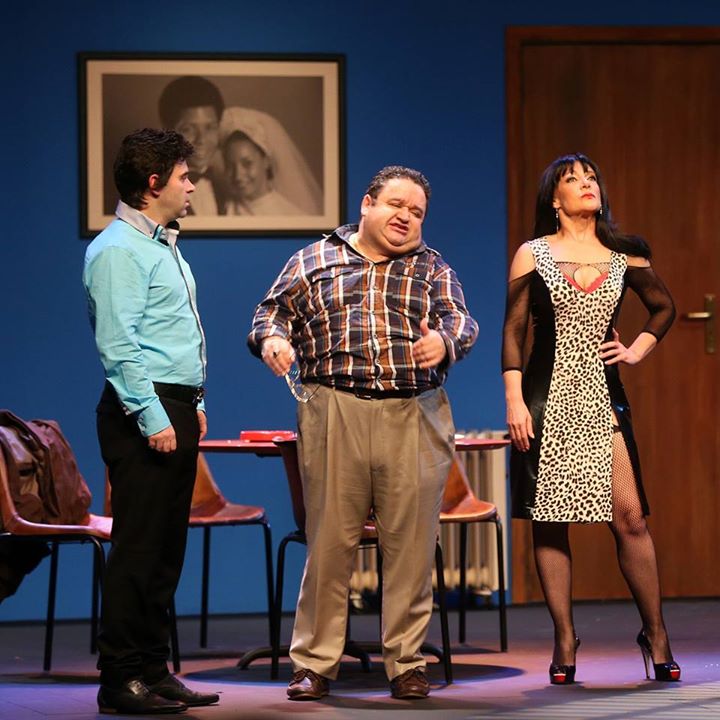 Vítor Moreira (Fernando Mendes) is a contractor who is called to make a budget for a remodeling work of a company. It turns out that this company is not just any company. It is a matrimonial agency, which Vítor Moreira did not know. And not only did not know it was a marriage agency, but also did not know what a marriage agency was. What was supposed to be a normal work day, quickly became the longest day of Vitor’s life (and not only). This is because in the day and hour when Vítor will make the budget, the owner of the marriage agency is waiting for a millionaire client (a Portuguese who is a banker in New York), who in turn is also waiting to leave that agency already a fiance, on the same day. Victor is mistaken for the banker and, by virtue of the circumstances, will have to impersonate him with the group of candidates that the owner of the agency has already selected for the banker to choose for his future wife. as you can guess, from this moment begins a journey without a return of mistakes and make-believe, full of hilarious situations that have everything not to end well, because the way that Vítor has for women is only comparable to what the banker would have to do a work …

(Jorge Mourato was a second season replaced by Frederico Amaral