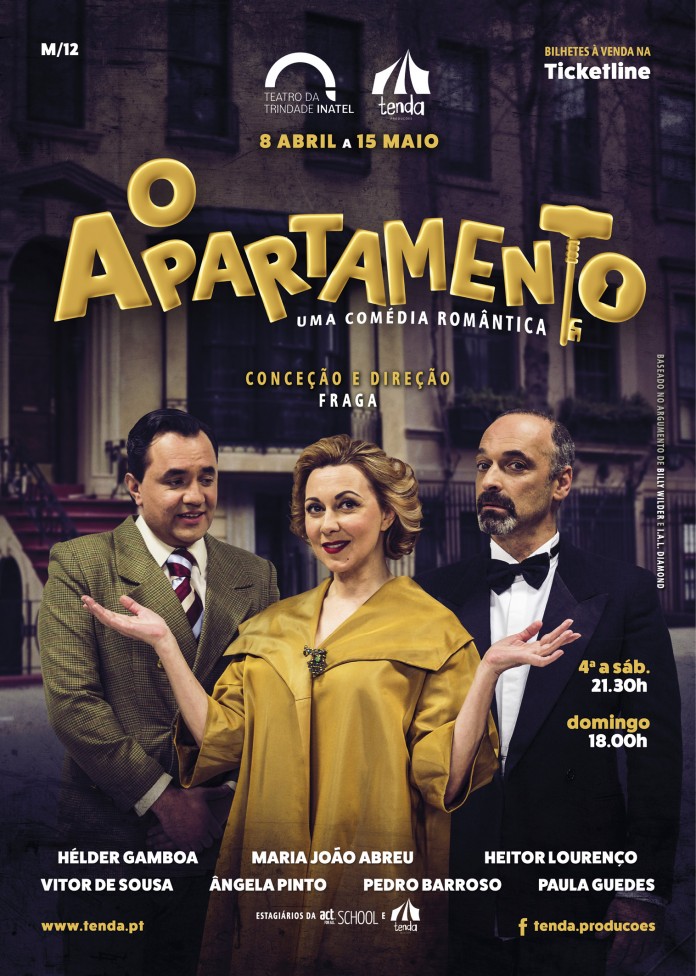 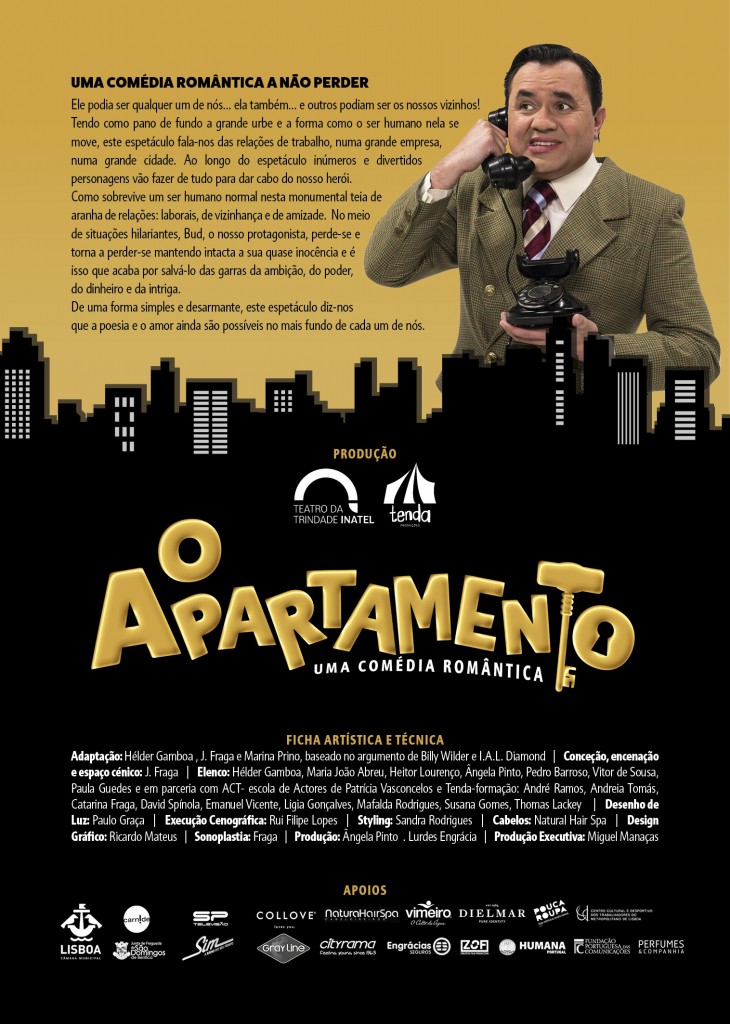 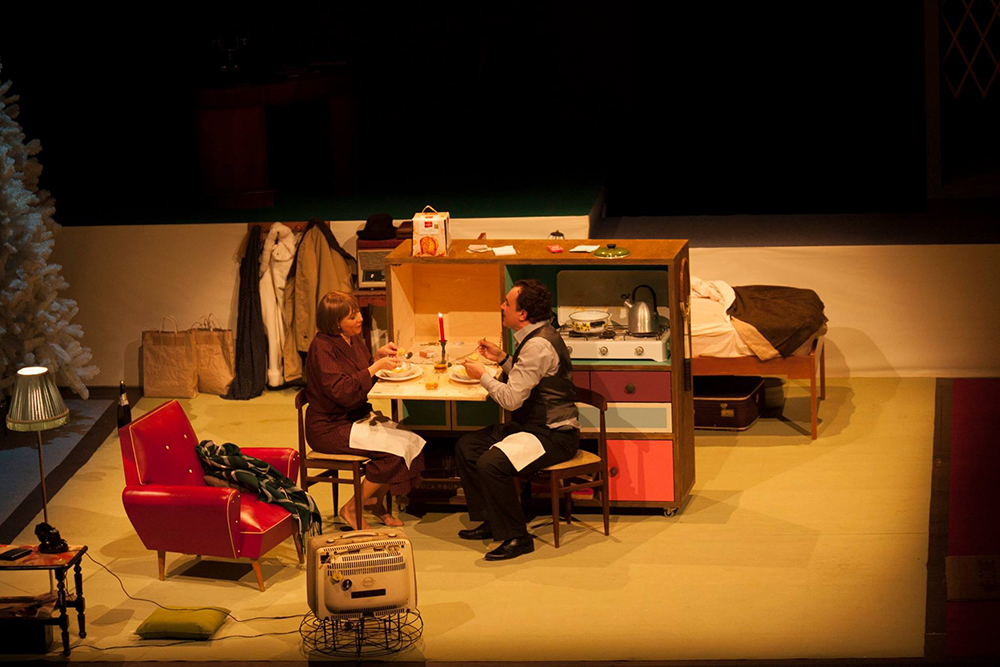 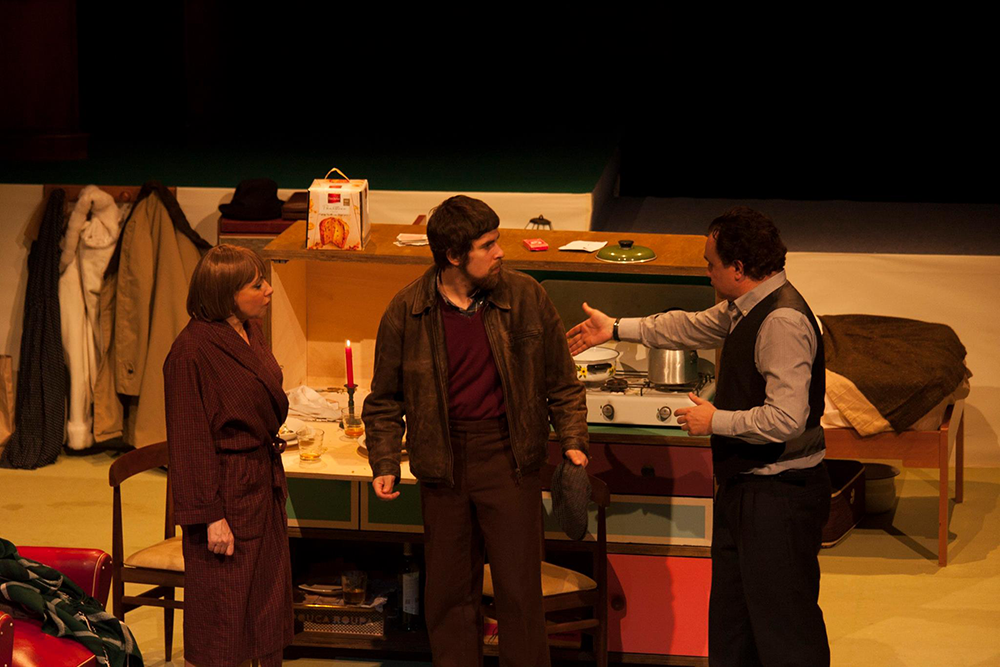 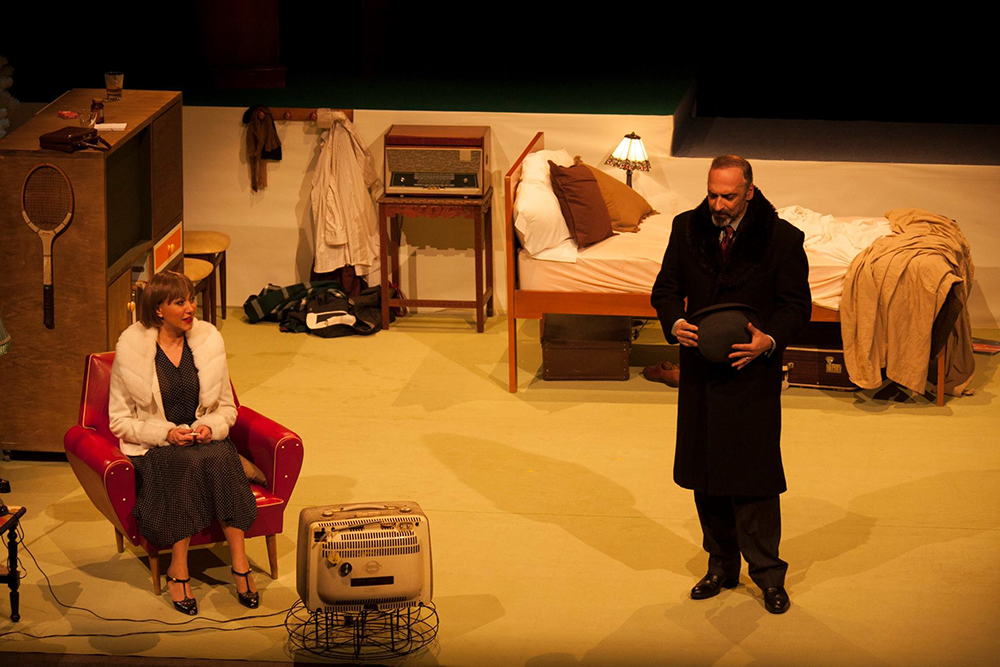 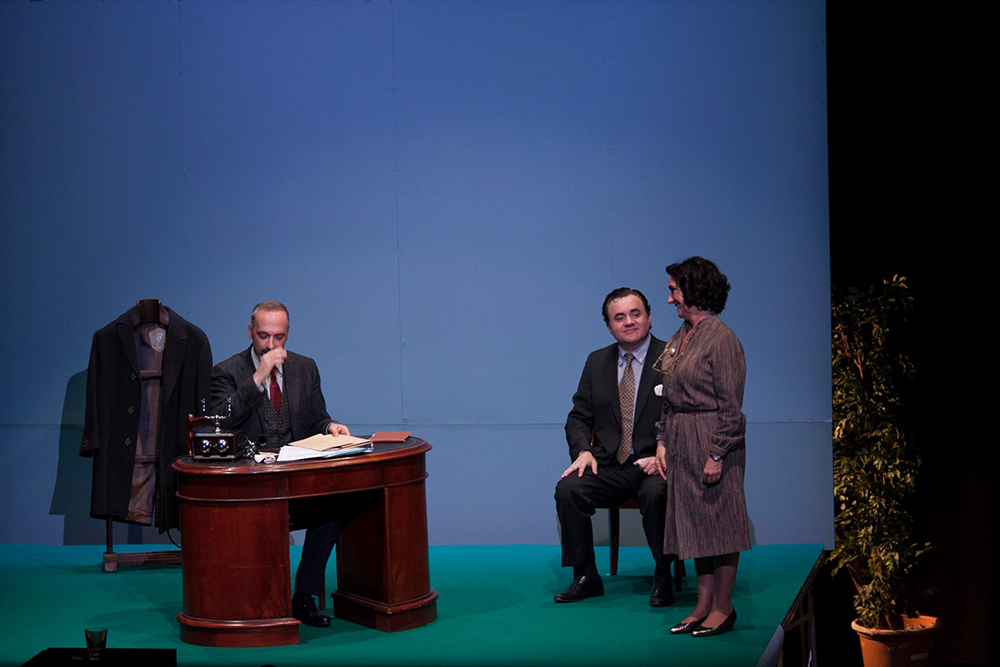 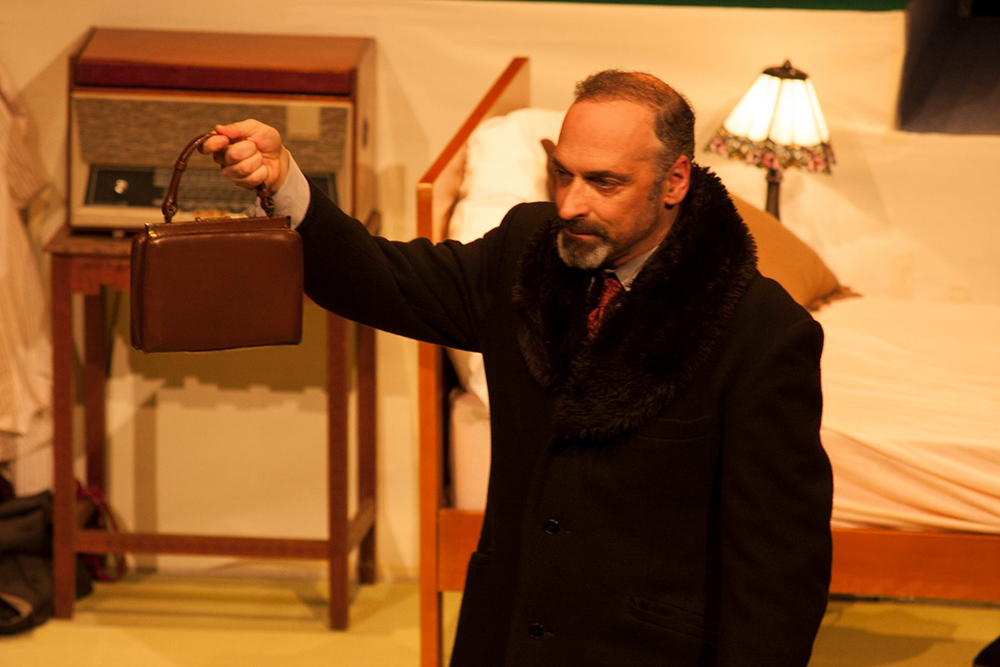 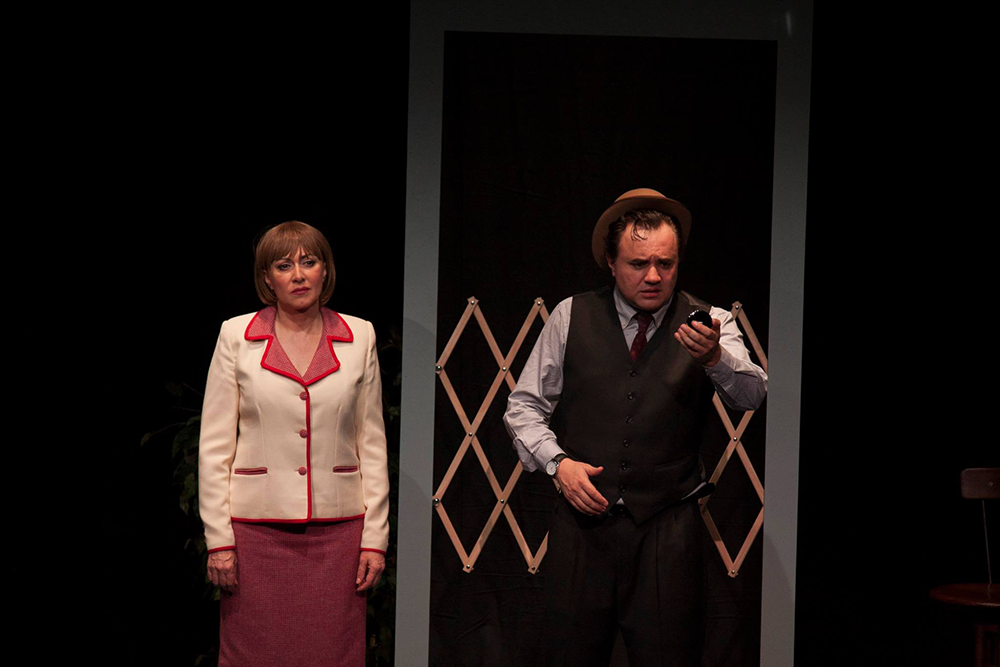 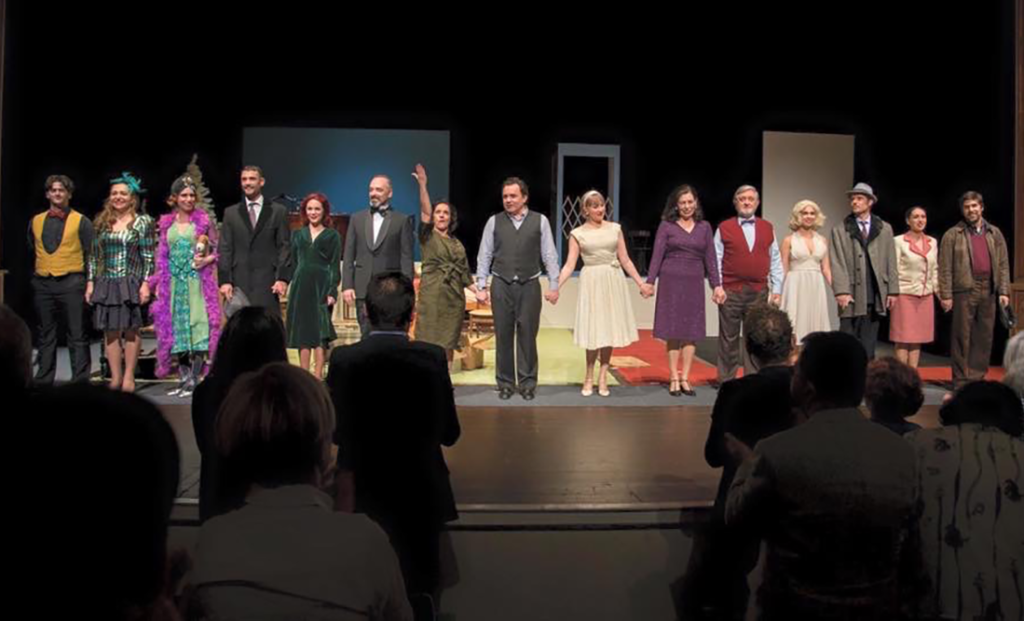 The apartment
Based on the argument of: Billy Wilder and I. A. Diamond
Conception and direction: J. Fraga
Production: Tenda Produções

Adaptation: Hélder Gamboa, J. Fraga and Marina Prino, based on the argument of Billy Wilder and I.A.L. Diamond

Synopsis
He could be any of us … she too … and others could be our neighbors !!! Against the background of the great city and the way the human being moves in it, this spectacle tells us about work relations, in a big company, in a big city. Throughout the show countless and entertaining characters will do everything to end our hero. In the midst of hilarious situations, Bud, our protagonist, loses himself and loses himself by keeping his almost innocence intact and this is what ends up saving him from the clutches of ambition, power, money and intrigue. In a simple and disarming way, this show tells us that poetry and love are still possible in the depths of each one of us.

Duration: 120m
Conversation with the Public – April 17 (after the show)