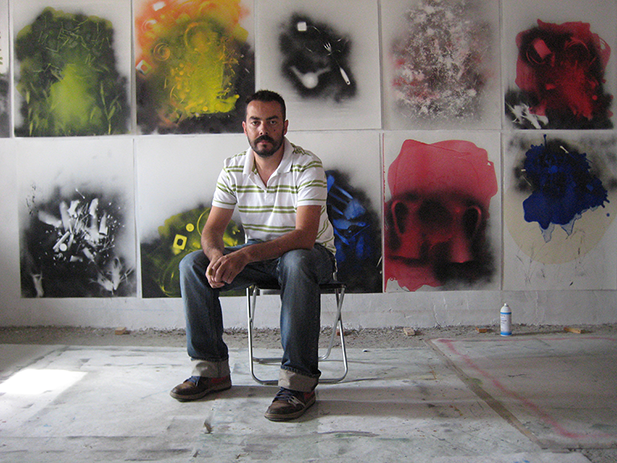 After completing a general art course at the Escola Artística António Arroyo, he then studied painting at Ar.Co –Centre for Art and Visual Communication, Lisbon.  He subsequently graduated in Plastic Arts – Painting, from the faculty of Fine Arts, University of Lisbon and is currently studying for a master’s degree in Art-Multimedia-Performance /art installation at FBAUL.

Painting was, and remains, his first love, and he has taken part in many exhibitions.  However in the nineties he branched out into other areas of artistic expression, amongst them graphic design, where he has worked for both magazines and fanzines, and also for advertising agencies, producing posters, flyers, folders, etc.

He is interested in fashion, where he has worked as a producer and consultant, and has also designed and produced fashion accessories.  In the field of fashion he has also created fashion productions and designed sets for photography.

His interest in photography led him to becoming a founding member of the collective play’n beauty, with whom he has created several conceptual works.